Lifeguards
The lifeguards work under direct supervision of the Chief Lifeguard and are responsible for carrying out the day-to-day operations of the Lifeguard team, which include customer service, patron safety, emergency procedures/evacuations, and daily safety checks of the beach front and surrounding areas.

Security Officers
The security officers work under direct supervision of the Chief of Security and are responsible for carrying out the day-to-day operations of the Security team, which include customer service, patron safety, emergency procedures/evacuations, and daily safety checks of the buildings, sheds and surrounding areas.

Assistant Business Manager
Magens Bay Authority is seeking a mature, highly motivated, organized and results oriented individual. The successful candidate must be independent, with exceptional organization and follow-through capabilities. Applicants must be able to do multiple tasks simultaneously while providing attention to detail and possess strong written and oral communication skills.

Candidates must have a strong background in accounting, bookkeeping, office management and administration. The Assistant Business Manager is partially responsible for bookkeeping, accounting, and ensuring operational effectiveness and efficiency of the Magens Bay Authority.

Must be proficient in Microsoft Office, QuickBooks, and Google Workspace.

The Magens Bay Authority has begun the process of filling the vacancy left on the board by the passing of Elliott “Mac” Davis on Sept. 11, it announced in a news release on Tuesday.

According to its mission statement, the authority preserves unimpaired the natural and cultural resources of the Magens Bay Authority park system, without discrimination of any kind for the enjoyment, education, and inspiration of this and future generations.

Civic-minded individuals who would like to serve should send a letter expressing their interest and detailing what they feel they can contribute in line with the mission statement, the release stated.

A resume should be included, and both sent by email to info@magensbayauthority.org. The deadline is Thursday, Nov. 4 at 5 p.m.

In other news, Barbara Petersen has been named the new chairperson of the Magens Bay Authority Board of Directors.

Petersen has committed to “strive for transparency with all aspects of the board,” according to a news release announcing her appointment when the board met in executive session at its meeting on Oct. 29.

Along with her appointment, Avery Lewis was named vice chair, and Cecile deJongh will remain treasurer. The secretary position, which Davis held, remains vacant.

Elliott McIver Davis, a true Virgin Islander, known by most as “Mac,” who adored and was adored by his family, friends and the St. Thomas community, died on Sept. 11 in Falls Church, Va. He was 70.

Mac was born in Savannah, Ga., to Joseph Olin Davis and Elizabeth McIver Davis. His life truly blossomed; however, when he moved to St. Thomas with his parents and siblings, Jody and Cameron, at the age of 10, other than some stateside residencies for schooling, he never lived elsewhere and never planned to do so.

He loved his island upbringing and made lifelong friends, such as Leslie Friedman, Jeni Smith and Gregory Kirchoff at an early age. He was a student in the founding class at Antilles School, and he still called many of his classmates friends until the day he died.

After spending his senior year there, Mac graduated from Savannah Country Day School and went on to earn his bachelor’s degree from Virginia Wesleyan University. He always returned to his island home for breaks and during one in the summer of 1976, he met the love of his life, Debbie. 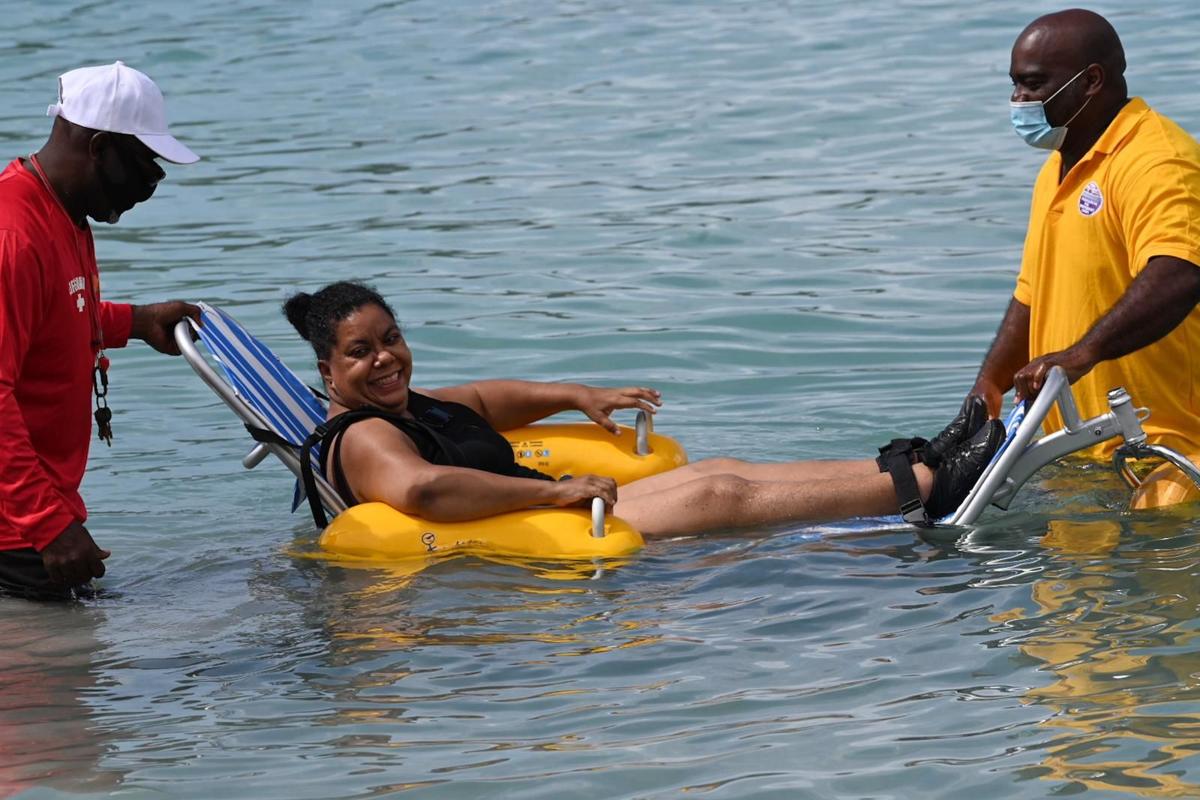 The rustle and sway of tall, majestic coconut palm trees. The single, graceful coconut palm arching over a bit of beach, offering a respite from the tropical heat. Each image conjures a vision of Caribbean vacation bliss. Did you know that the coconut palm tree, symbolic of island life, is not in fact native to the Caribbean at all? Originally from the coasts of Africa and the Indian Ocean, these slender beauties were brought to the Caribbean by white colonizers years ago. A hardy tree, they have adapted supremely well to our tropical maritime coast and are now found as an invasive species here.

At Magens Bay Park, you can explore our very own Coconut Grove, a planned garden of coconut palm trees. Originally planted in rows by Arthur Fairchild, additional trees have seeded naturally in a random spacing between the taller trees. Stop by for a stroll in our shady grove, and experience a quiet retreat among these regal island beauties. While here, be on the lookout for the native plants and creatures that populate the park. Delight in the bounty of flowering plants-including the bright red bougainvillea, the fragrant hibiscus, and the national flower of the Virgin Islands, the yellow cedar. Don’t forget to keep an eye out for the crabs, lizards, and other small creatures that call our island home.

There has been a problem with your Instagram Feed.